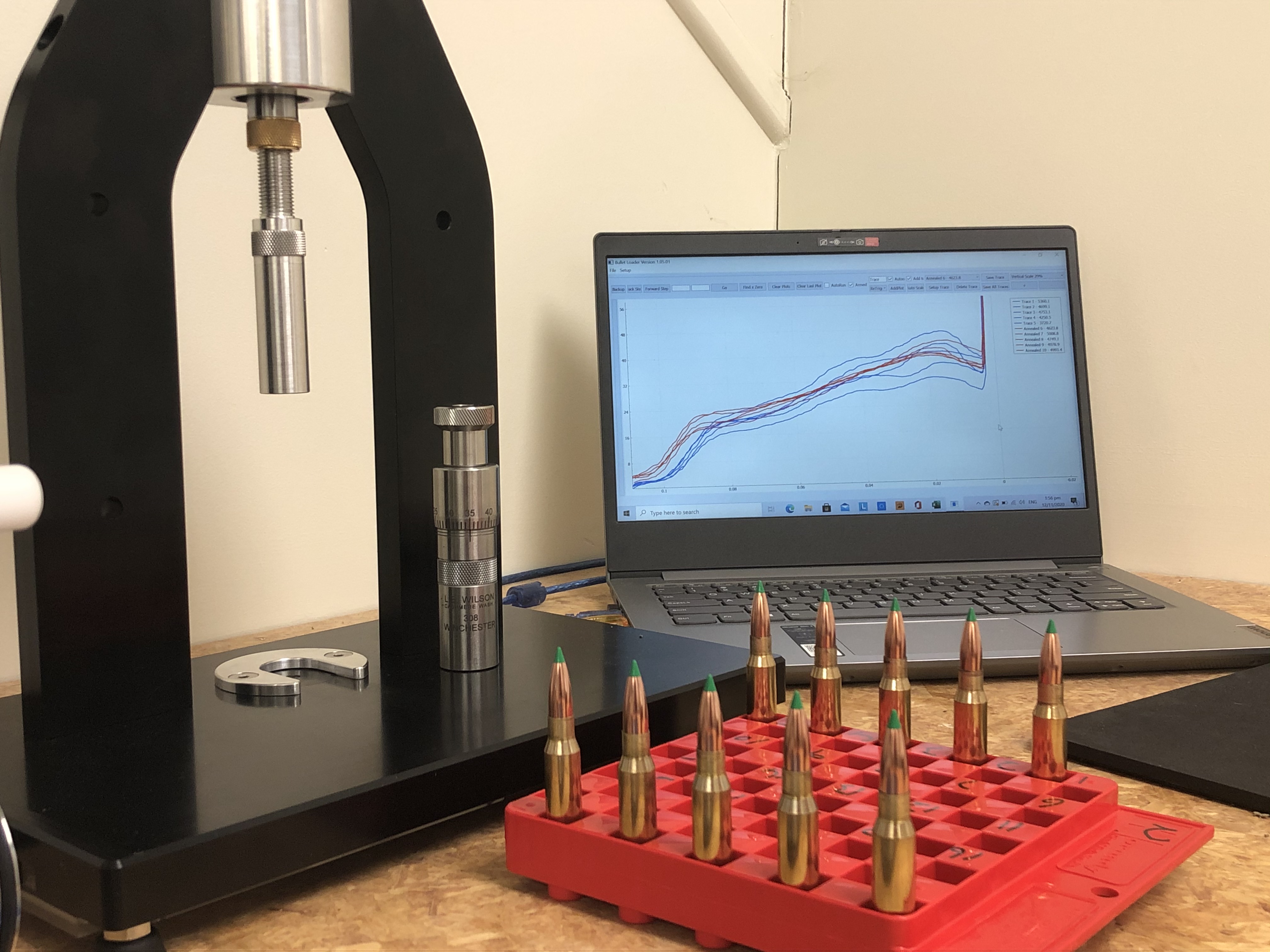 Our new AMP Press is now its its final stage of testing and evaluation by our handful of Beta testers. So far, feed back is good and we have already made some changes to the design.

We decided to make this very short video showing showcasing just one possible variable the press could distinguish between. annealing vs not annealing on two sets of once fired 308 brass.

In this test, ten virgin Peterson 308 cases were loaded with 45 Varget and 150 grain Nosler BTs.
We used a Redding bushing neck die for these ten cases. (We will be swapping to full length bushing dies once fire forming is complete for our other tests)
These were then fired in our test rifle which has a Barnard Action with 30" True Flite barrel.

Then, five of the ten cases were reloaded the same as previously. The other five were annealed after firing and before any reloading operation was attempted.

Here is the video showing the results:

This is the reason we inform people who incorporate annealing into their reloading for the first time to adjust their sizing die accordingly.
Another interesting find is the slight dip in force just before the seating operation is completed. Upon further examination we have determined that this is due to the bearing surface of the bullet being seated past the sized portion of the case, encountering 'empty space' as there is no more brass being expanded under the bullet as it is seated, the remaining force on the bullet is just the neck tension itself.

We are currently in the middle of a study using the AMP Press in determining the effects different case preparation has on seating force and muzzle velocity as well as different cleaning and neck lubrication options. This requires a massive amount of reloading and shooting so this will take time. Watch this space.