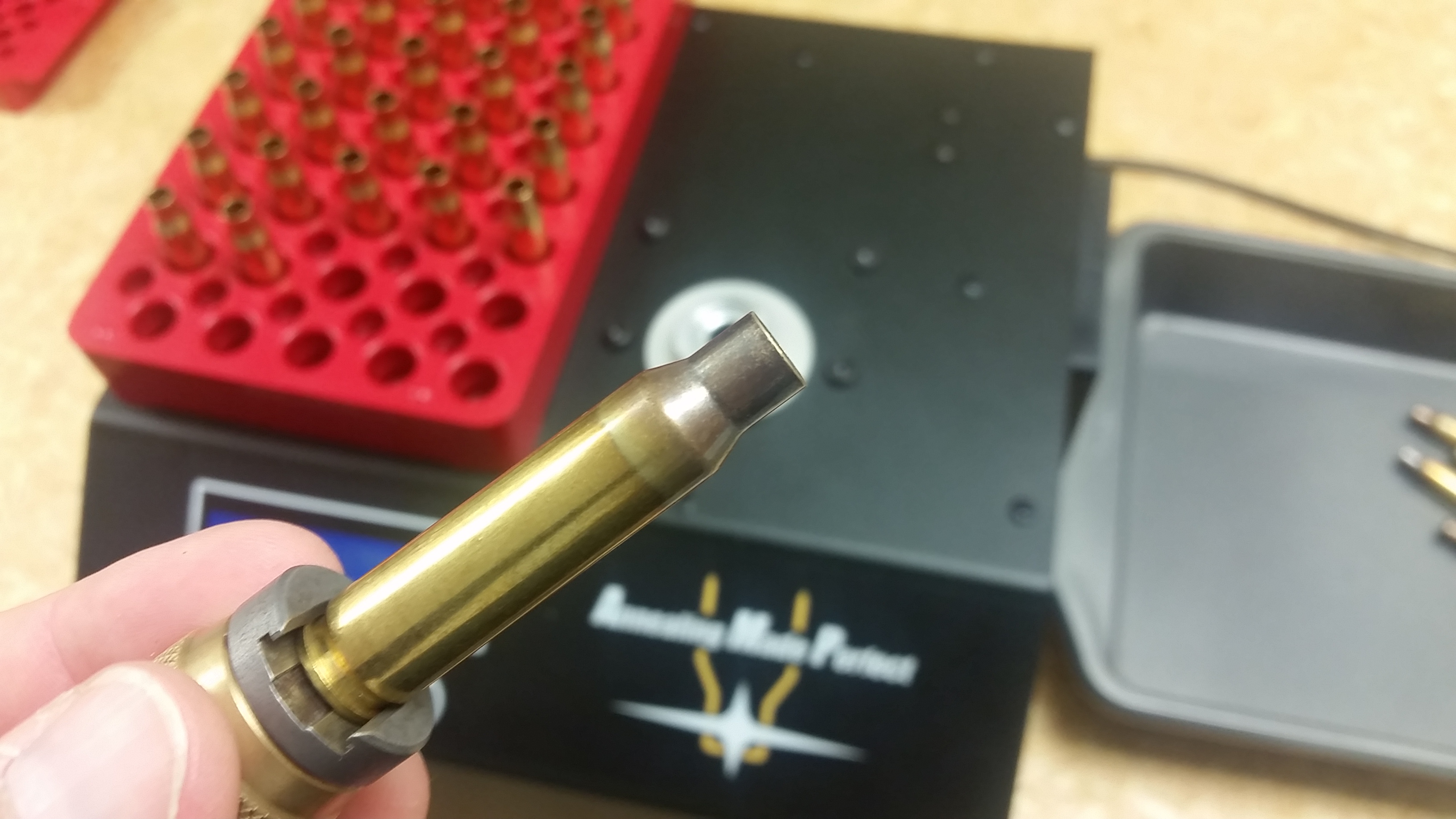 Find the correct setting for your brass using your machine!

We recently premiered brand-new software called Aztec Mode at Shot Show. It allows our customers to calibrate their own cases without sending us samples. Aztec will be ready for release in March. It is not a firmware update or patch. It is a major upgrade in the way the annealer operates. A provisional patent has been lodged. It will be downloadable from our web site using the USB cable we supplied with the annealer. When downloaded, it will be locked. The code to unlock can be purchased from any of our distributors for US$195.00 (or the local equivalent price in other regions).  Here is a short video.

Aztec runs in a different manner to our standard programs, and they don’t correlate. It doesn’t do the series of pulses which you would be used to. It is quicker and quieter than our standard programs. The end result is the same neck and shoulder annealed hardness. Because it is quicker, about one millimetre less of the body down from the shoulder is annealed. That is just a "run out” area anyway, and is not significant.

It also has a "Sort mode” mass comparator which allows the user to batch sort their cases based on the mass of the annealed portion of the case – neck, shoulder and front section of the body. The precision shooters we talked to at Shot Show thought this was a particularly valuable feature. Here is another short video showing the Sort mode in action:

We will soon be releasing a full "how to use” video on Aztec.

Your annealer will continue to function just fine without Aztec. Should you choose to upgrade, it will be because you think it is worth it. Shortly we will in fact be releasing a free software update which will extend the standard programs to P160 to give the ability to correctly anneal the WSSM family of cases with their very thick wall sections. It will also have the latest standard software version.