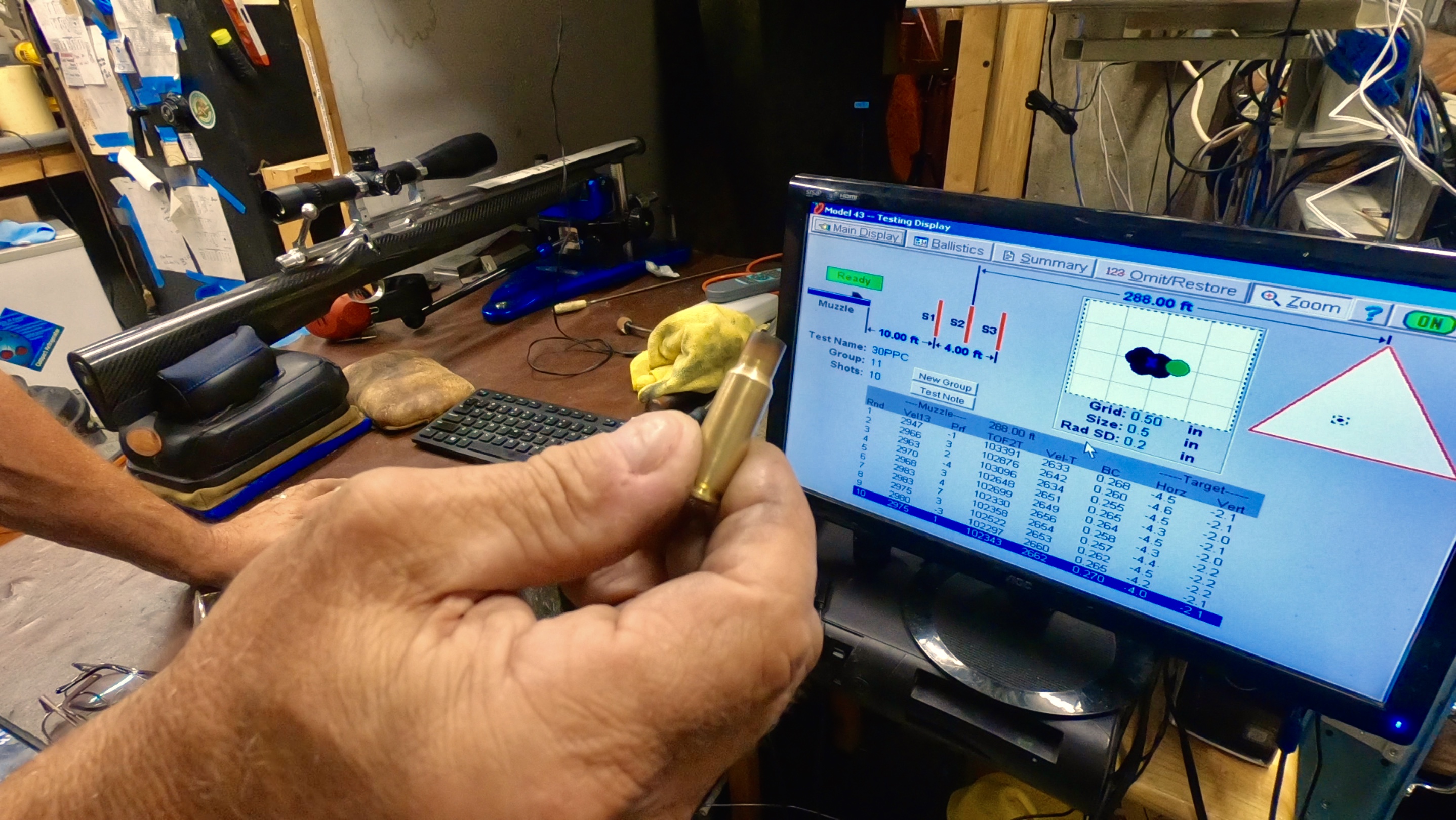 This final stage of out testing was at the "ultraviolet” end of the accuracy spectrum. Testing was done by Lou Murdica in an underground 100-yard range in California. "The Tunnel” is climatically and acoustically controlled, and it has been the venue for a large number of product tests. 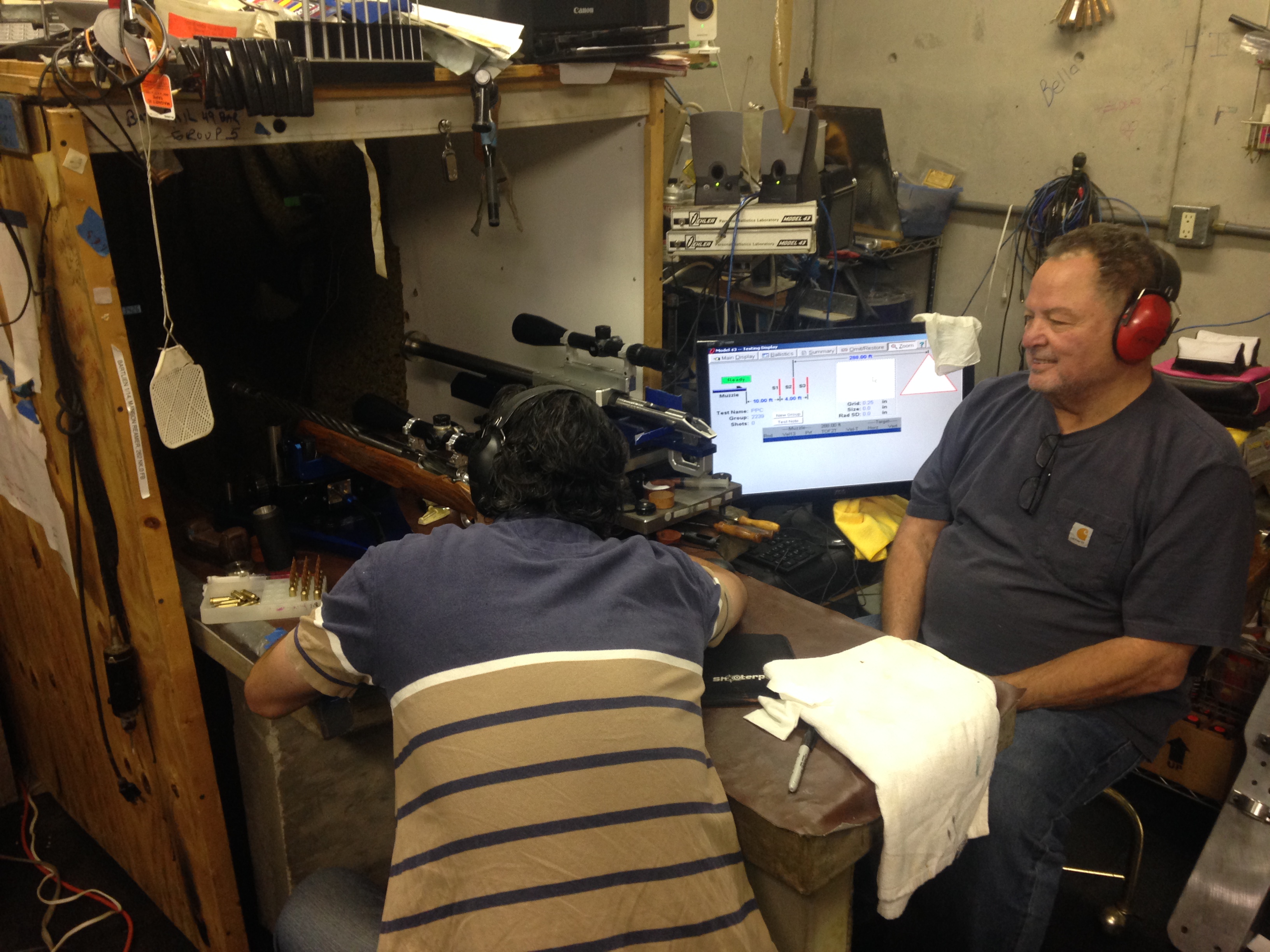 Lou himself is very well known in the extreme accuracy world. These are just some of his achievements:


When we visited Lou in July 2019, we shot several videos. One of those showed him shooting a 6.5 Creedmoor, ejecting the case, annealing it, reloading and then shooting the same case again. We called the video "One case – Two shots – One hole”. It attracted a lot of comment.

When formatting a test for Lou that didn’t just repeat our Stage Two outdoor testing, we thought, why not repeat the "One case” video, but this time make it twenty shots with one case. In fact, why not compare two cases, one annealed every shot x 20, and one with no annealing x 20 shots. The reloading sequence was exactly the same as our first video, but this time Lou shot a 30 PPC.

The rifle was a Panda action with Bartlein barrel with Ralph Stewart tuner. Cases were Lapua Grendel, with LT-30 powder behind 115 Gr. Berger bullets.

Shooting a video showing 20 cycles of loading and shooting is quite an undertaking. Each reloading sequence itself takes 2 – 3 minutes. If we showed all that plus setting up for every shot it would make for a very long, boring video. Therefore, we have edited the raw footage Lou supplied us, so that just the shooting is shown. The Oehler Model 43 data and digital target can be seen in each shot.

Lou actually shot the annealed case x 20 first on 6th October. The unannealed case was shot on 19th October. In between those times Lou had an extractor problem with the rifle. Fortunately, he has two identical guns with consecutive serial numbers, so he took the barrel off the test gun and swapped it onto the second rifle. It was re-tuned with the same load, and gave identical results when tested with annealed cases. That is why there is a red gun in the first part of the video and a grey gun in the second half.

This video starts with the July "One case – Two shots – One hole” video and then shows the two x 20 shot strings.

Notes on the Oehler Model 43 display: The Oehler system seen on the screen in Lou’s video is capable of recording a maximum 10 shot string. The first shot of any string always registers at the center of the target grid. Therefore, when a twenty-shot group is shot, the two 10 shot electronic groups will not "overlay” correctly compared to the real paper target.

Also, the screen shown in the video is "zoomed in” and the grid and bullet icons do not give a correct reference to group size. The annealed 20 shot string was actually still under 0.30” after nineteen shots. The twentieth shot, which looks in the video like a flier, actually just enlarged the group to 0.3405”. 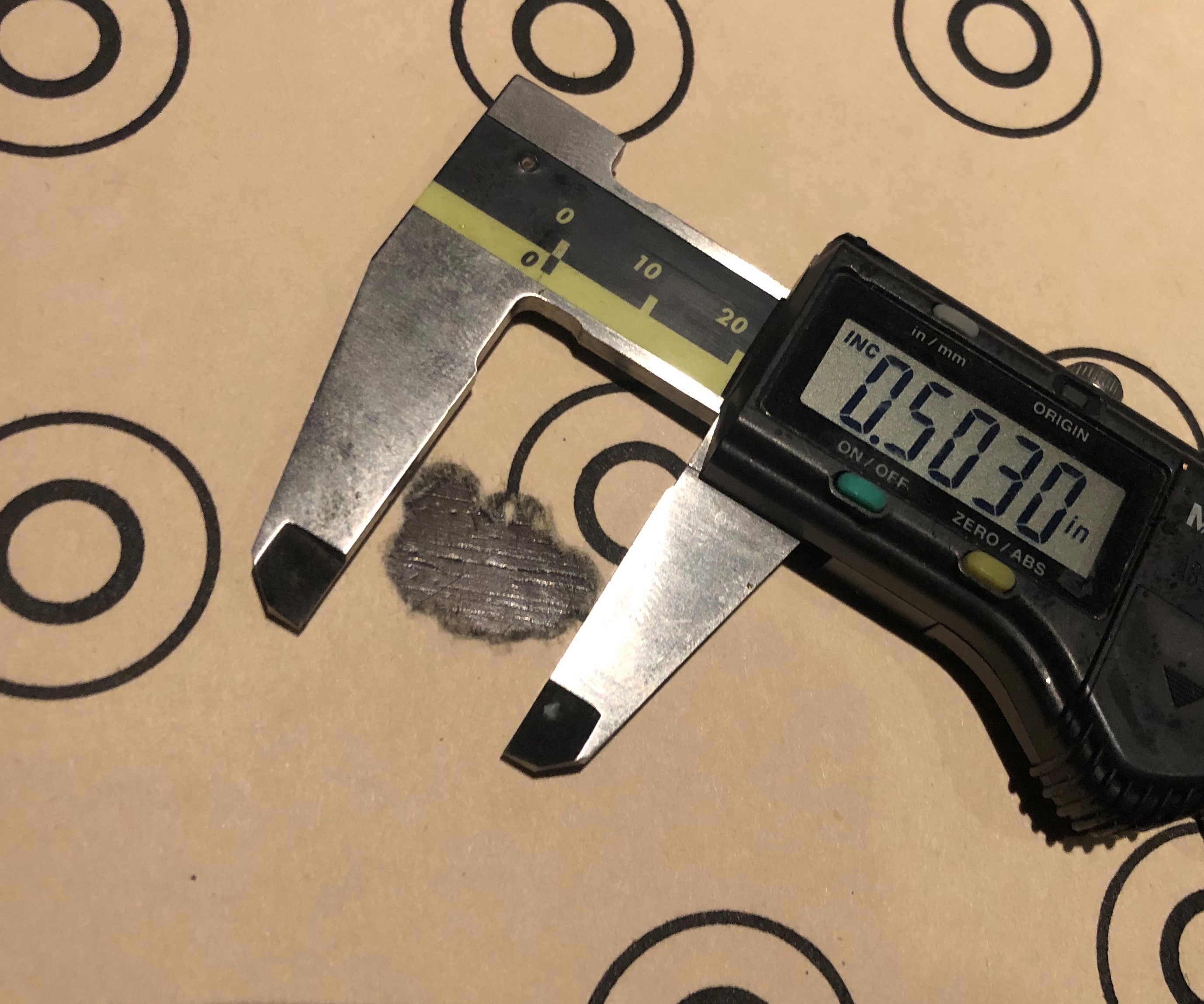 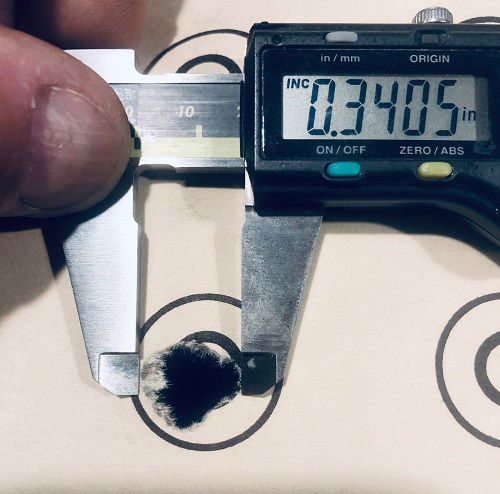 This was no fluke. Lou repeated the feat twice with a 308W. That rifle was an F-Class Golden Bear with Borerider chamber in a Bartlein barrel. Below are the comparative 20 shot groups, annealed v unannealed for both Peterson cases and Lapua cases. 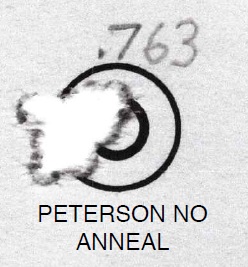 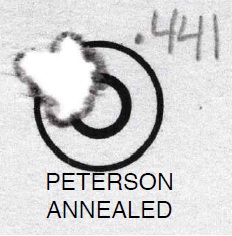 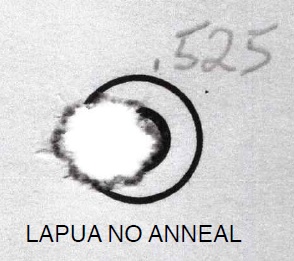 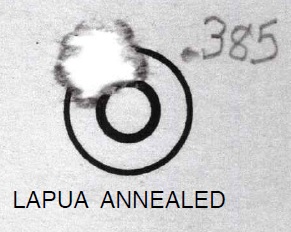 A notable feature of the stage three results was that none of these 20 shot strings produced particularly low velocity extreme spreads. Most short range benchrest competitors will confirm that ES just isn’t that important at short range. It is only at long range that ES is a significant factor in vertical shot distribution.

In all three twenty shot group comparisons, the annealed case demonstrated a significant accuracy advantage over the unannealed case.

Up until this study, we have always focused on researching accurate and repeatable annealing of case necks and shoulders. We have spent several years testing literally thousands of different cartridges, wildcats, brands, lot numbers and neck turned variations. Our testing has been largely confined to the laboratory, using micro-Vickers hardness testing equipment. We spent well over a year just perfecting the AZTEC system of case analysis. We believe that is a complete game changer for the reloader, allowing exceptionally accurate annealing of almost any cartridge without the need for laboratory testing.

We have also investigated the actual metallurgy of annealing in detail. To do that we have worked with several independent, accredited metallurgy laboratories.

Based on the feedback of several thousand customers, we knew that our annealing system produced real world benefits. Many customers have been extremely helpful in reporting great data back to us. Unfortunately, with the limited facilities available in New Zealand, it was almost impossible for us to quantify the benefits by conducting our own meaningful ballistics testing.

Working with Lou Murdica, and also the team from Strategic Edge has finally allowed us to accumulate a body of quality data. We have been able to compare annealed v not annealed cases in multiple rifles, cartridges and shooting applications.

We believe the results are conclusive. On average annealing with our system produces lower velocity extreme spreads, and tighter groups. It does this by allowing much more precise and repeatable case sizing dimensions, and much more repeatable neck tension. Annealing Made Perfect eliminates those variables, allowing reloaders to concentrate on the many other elements which go into the perfect reload.

This project would not have been possible without the participation of a number of expert shooters. Thanks once again to Lou Murdica, Tony Shankle, Dennis Dean, David White, Ken Faulk and Greg Micklow.