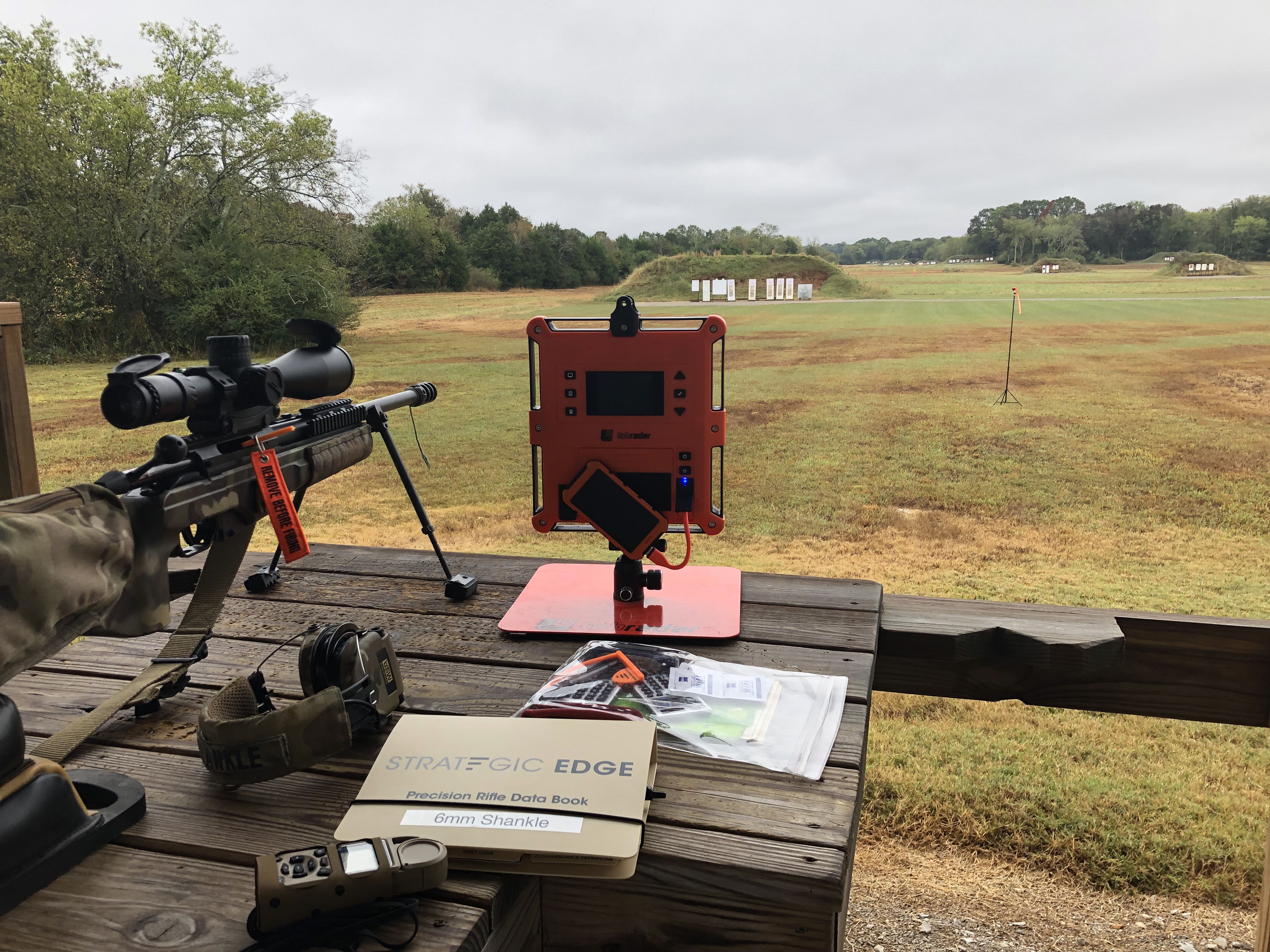 Conducted at the Strategic Edge range at Chapel Hill Tennessee.

No doubt there are more. It can be debated how much, if at all, some of these factors matter. The point is that there are many variables at play when the reloader strives for repeatable, consistent results. When it comes to actual downrange results on paper, there are even more variables, which include:

Even when all the above factors are considered, there will still be the occasional, inexplicable flier we like to call the "WTF” (Why That Flier?).

Given all the above, it is not possible to just compare a few groups to determine if annealing actually makes a difference. To quantify the value of annealing it is necessary to accumulate a lot of data and then look at the averages.

Shooting at the Strategic Edge range took over six weeks to complete. In that time, the weather was seldom favourable. Most days were windy. Therefore, the team opted to shoot some groups at 1,000 yards, some at 600 yards, and some at just 100 yards. All verticals are expressed as MOA.

The shooters reported a number of anomalous individual shots (WTFs), however all data recorded has been used in the following analysis, even the anomalies. The only unused data was when a chronograph failed to record a shot, in which case all data for that set, annealed and unannealed was discarded. This only happened a few times. The full raw data including rifle and load specs can be downloaded here

Tony Shankle shot 12 recorded pairs of five shot groups. Tony initially had rifle problems and incorrect annealing (using an old AMP setting for a new lot of brass). That is still shown in the raw data, but not in the averages.

That makes a total of 61 recorded pairs of five shot groups, comparing annealer results with unannealed. We believe that to be a statistically relevant number.

While the margin varied between shooters, all five sets showed a clear advantage for annealed cases when comparing ES. There was a similar correlation showing an annealed advantage comparing vertical distribution for three of the four shooters. As can be seen below, David White’s results shooting a 6 BRA both annealed and unannealed were just phenomenal.

These are the results:

Tony measured some groups for vertical, and some just for total group size. The majority are group measurements, which show a huge improvement for the annealed sets:

David’s results were incredible over 14 pairs of five shot groups. Even though the numbers are so small, the data still shows a 10.9% advantage to his annealed cases. Verticals were almost indistinguishable, with only a 0.04 moa difference between his annealed average and unannealed.

Towards the end of the Strategic Edge testing Dennis Dean added data for 338 Lapua Magnum. He shot an Armalite AR-30A1, and used Peterson cases.

These results are notable for the two anomalies as seen in the above graph. Both spikes are due to one shot in each of those strings being way out of the norm. Dennis questions the LabRadar reading, in particular for the annealed group 7, because the downrange velocity for that shot was consistent with the rest of that group. The flier in unannealed group 10 seems to be also a flier downrange. Despite these two WTFs, we have included all the raw data above.

Over sixty-one pairs of five shot groups, every single rifle averaged a significant improvement in velocity extreme spread when comparing AMP annealed cases with unannealed cases. The improvement for each shooter ranged from a maximum of 33.4% down to 6.15% annealed v unannealed.

There was a corresponding improvement in on-paper results from 100 yards right out to 1,000 yards. The improvement in vertical MOA for each shooter ranges from a maximum of 51.8% down to minus 10.07%, although that last number should be put into perspective. David White’s numbers, both annealed and not annealed were so tiny that 10% actually means 0.04 MOA.

As discussed above, there are many, many factors which can cause on-paper inaccuracy and velocity spread. These Strategic Edge results show that accurate annealing every reload with Annealing Made Perfect can eliminate the variables associated with three of these factors:

· Uniform gas sealing of the chamber by the case neck and shoulder.

Based on the averages of all the above data, annealing every reload can result in very significant improvements in both velocity Extreme Spread and on paper group size, in particular vertical dispersion at long range.

Video: David White and the team in action at 1,000 yards